The Lord Mayors show is aptly named after the Lord Mayor of the City of London, and takes place on 12th November to mark the beginning of a new mayoral year. It’s a vibrant mixture of carnival, military parade and state ceremony all rolled into one! Take a look below at all the events and activities that take place during this special day:

The custom is for the Lord Mayor to make his journey down the river, travelling to the City among a wonderful flotilla of small boats and traditional Thames barges. The famous QRB Gloriana is one of the main attractions as she is the 94 foot long British Royal barge privately commissioned as a tribute to Queen Elizabeth II for her Diamond Jubilee. This river pageant starts at 9.00am and Tower Bridge opens in salute at 9.25am, ten minutes later the Lord Mayor alights at HMS President. 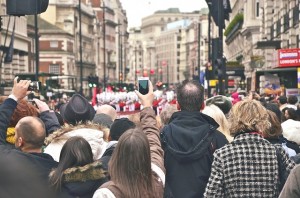 At 11.00am the procession will set off from Mansion House. It stops at the Royal Courts for the Lord Mayor to give his oath, and then goes back to the Victoria Embankment at approximately 1.00pm, arriving back at the Mansion House just after 2.00pm. You can book a grandstand seat and choose exactly where you’d like to be!

Last year over 7,000 people took part in this phenomenal event. This included 20 bands, 150 horses, vintage cars, steam buses, tanks, fire engines, and ambulances. There were hundreds of carriages and carts, coaches, tractors, and unicycles. Giant robots, penny farthings, beds and bathtubs were joined by ships on the river, and helicopters in the sky. This is the largest procession in the world and spans three and a half miles, and is calculated to the second by the Pageantmaster of the show. He’ll be riding on a horse, or be in the back of a ceremonial Land Rover, ensuring that everything is going to plan. The state coach that the Mayor rides in is 350 years old and is guarded by pikemen - when it’s not in use it can be found at the Museum of London.

At about 3.00pm you’ll be able to take advantage of the City of London Guide Lecture walking tours around the streets. Your guide will tell you stories of people and events connected to all the fascinating places, and give you all the information you need about the show and its traditions. These walks last for about an hour and a half, and are all free and will pass the time until the firework displays begin.

At 5.15pm the spectacular fireworks display will begin. To allow everyone to get a wonderful place to view, the roads on both sides of Waterloo Bridge are closed to traffic – the best place to be is on the riverside between Waterloo and Blackfriars bridges on Victoria Embankment or on the South Bank. This magnificent show lasts for about 15 minutes and can be seen for miles. Any closed roads will be reopened at about 6.30pm.

This beautifully illustrated book includes special commissioned photography as well as a wealth of materials from private collections and archives depicting the shows history and customs. Experts have contributed to this special record of the displays taking place every November, and this delightful book is available to purchase online.

Exclusive Repairs is a local London repair company dedicated to provide professional, friendly and trustworthy experience to its customers.

We use cookies to ensure that we give you the best experience on our website. This includes cookies from third-party social media websites if you visit a page.

Any cookies that may not be particularly necessary for the website to function and is used specifically to collect user personal data via analytics, ads, other embedded contents are termed as non-necessary cookies. It is mandatory to procure user consent prior to running these cookies on your website.